An Interesting way to Increase Referrals

Companies usually get the majority of their customers from referrals.

This is known as a referral and the process in which referrals happen is commonly becoming known as the customer flywheel.

The flywheel represents a circular process where a company’s customers feed its business growth.

Flywheels occur when companies aren’t the only ones helping their business grow — their customers are helping them grow as well. This is done by turning strangers into promoters of your company.

The image below explains this quite well: 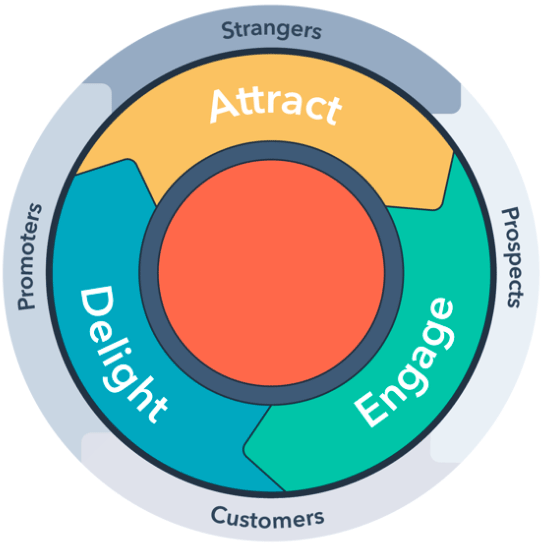 It's hard to get the flywheel spinning

It can be really hard to get the flywheel spinning initially. For both new and existing companies.

New companies may not have a huge amount of customers nor a backlog of happy customers.

Existing companies may not actually serve many customers. They may serve a small handful of high-value customers. And sometimes they’ve done a pretty shabby job of delighting those customers too.

An Interesting way to get the flywheel spinning

When growing his agency, Brennan Dunn had a larger salary bill to pay at the end of each month and needed more customers as a result, quickly.

Referrals were the main way his company was acquiring new customers. After thinking about why referrals happen and why people refer services, Brennan ultimately came to the conclusion that it was because his company had provided some type of value for his promoters.

Rather than waiting for customers to refer new customers – he sped up the referral process by hosting local Meetup groups and Chamber of Commerce meetings.

This method allowed him to create a much higher volume of referral sources in a short period of time.

You can hear his full interview here, well worth a listen.

It’s easy to fall into the trap of sitting back and waiting for new customers to roll in the door – but this won’t allow you to grow your company quickly.

Being proactive in how you turn strangers into promoters will ultimately increase referrals and give you a competitive advantage in the long run.

As always, thank you for reading!

Get a heads up when new articles go live

Gary Melican focuses on growing business through eCommerce and eLearning. He is based in Dublin, Ireland but loves working from sunny places when he gets the chance. Feel free to get in touch and chat about your next idea or improving your existing business.

Interested in taking your business to the next level?

Close Menu
We use cookies on our website to give you the most relevant experience by remembering your preferences and repeat visits. By clicking “Accept All”, you consent to the use of ALL the cookies. However, you may visit "Cookie Settings" to provide a controlled consent.
Cookie SettingsAccept All
Manage consent

This website uses cookies to improve your experience while you navigate through the website. Out of these, the cookies that are categorized as necessary are stored on your browser as they are essential for the working of basic functionalities of the website. We also use third-party cookies that help us analyze and understand how you use this website. These cookies will be stored in your browser only with your consent. You also have the option to opt-out of these cookies. But opting out of some of these cookies may affect your browsing experience.
Necessary Always Enabled
Necessary cookies are absolutely essential for the website to function properly. These cookies ensure basic functionalities and security features of the website, anonymously.
Functional
Functional cookies help to perform certain functionalities like sharing the content of the website on social media platforms, collect feedbacks, and other third-party features.
Performance
Performance cookies are used to understand and analyze the key performance indexes of the website which helps in delivering a better user experience for the visitors.
Analytics
Analytical cookies are used to understand how visitors interact with the website. These cookies help provide information on metrics the number of visitors, bounce rate, traffic source, etc.
Advertisement
Advertisement cookies are used to provide visitors with relevant ads and marketing campaigns. These cookies track visitors across websites and collect information to provide customized ads.
Others
Other uncategorized cookies are those that are being analyzed and have not been classified into a category as yet.
SAVE & ACCEPT